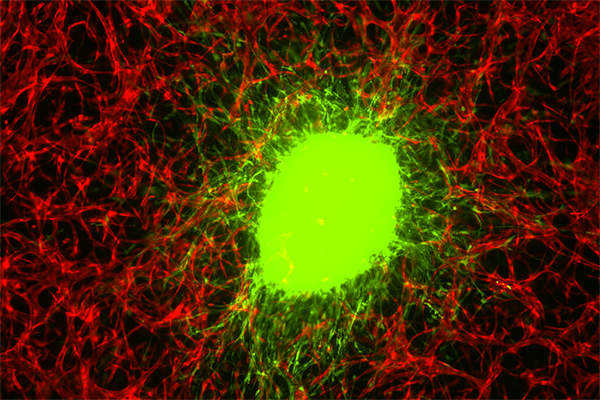 A group of researchers from USA and Germany have presented a new way to study glioblastoma (GBM), an aggressive type of cancer in the form of a brain tumor, using a 3D bioprinted model and imaging platform.  These 3D printed brain structures can potentially help medical professionals better understand how the tumor grows and to […]

A fireball in the sky, accompanied by a bang, amazed hundreds of eyewitnesses in northern Germany in mid-September last year. The reason for the spectacle was a meteoroid entering the Earth’s atmosphere and partially burning up. One day after the observations, a citizen in Flensburg found a stone weighing 24.5 grams and having a fresh black fusion crust on the lawn of his garden.

Dieter Heinlein, coordinator of the German part of the European Fireball Network at the German Aerospace Center in Augsburg, directly recognized the stone as a meteorite and delivered the rock to experts at the “Institut für Planetologie” at Münster University (Germany). Prof. Addi Bischoff and PhD student Markus Patzek have been studying the stone mineralogically and chemically ever since. About 15 university and research institutes in Germany, France, and Switzerland now take part in the science consortium.

The first research results show that the meteorite “Flensburg,” named after the location of the fall, belongs to an extremely rare type of carbonaceous chondrites. Scanning electron microscopic analyses prove that it contains minerals, especially sheet silicates and carbonates that formed in the presence of water on small planetesimals in the early history of our solar system. Thus, these types of early parent bodies can be regarded as possible building blocks of the Earth that delivered water.

“The meteorite of Flensburg belongs to an extremely rare meteorite class and is the only meteorite fall of this class in Germany proving that 4.56 billion years ago there must have been small bodies in the early solar system storing liquid water. Perhaps such bodies also delivered water to the Earth,” Addi Bischoff said.

Materials provided by University of Münster. Note: Content may be edited for style and length. 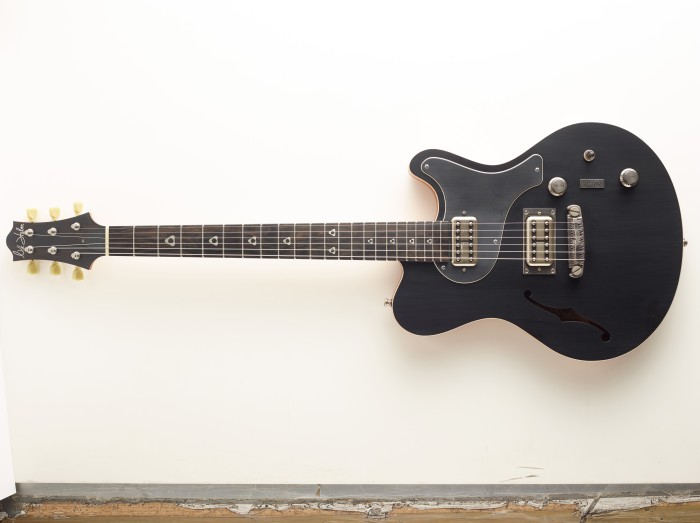 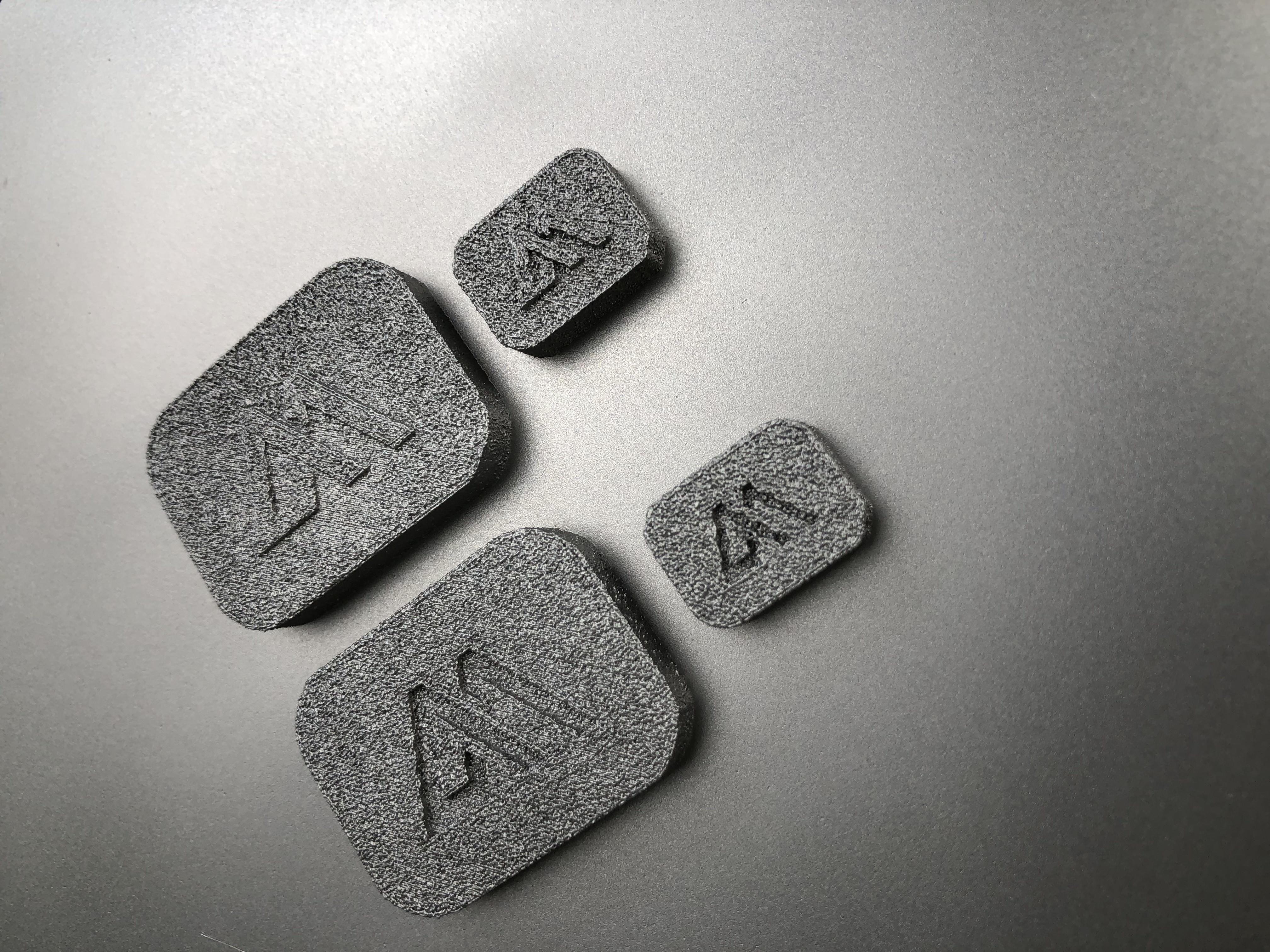 Based in Baden-Württemberg, Germany, One Click Metal, is aiming to make metal additive manufacturing more accessible with the introduction of a low-cost Laser Powder Bed Fusion (LPBF) 3D printer.  Set to debut at Formnext, on the 19th of November, the system is designed to be uncomplicated, transparent, intuitive. Speaking to 3D Printing Industry Björn Ullmann, co-founder, […]

Scientists from Germany and the United States have unveiled the results of a newly-completed, state of the art simulation of the evolution of galaxies. TNG50 is the most detailed large-scale cosmological simulation yet. It allows researchers to study in detail how galaxies form, and how they have evolved since shortly after the Big Bang. For the first time, it reveals that the geometry of the cosmic gas flows around galaxies determines galaxies’ structures, and vice versa. The researchers publish their results in two papers in the journal Monthly Notices of the Royal Astronomical Society.

Astronomers running cosmological simulations face a fundamental trade-off: with finite computing power, typical simulations so far have been either very detailed or have spanned a large volume of virtual space, but have so far not been able to do both. Detailed simulations with limited volumes can model no more than a few galaxies, making statistical deductions difficult. Large-volume simulations, in turn, typically lack the details necessary to reproduce many of the small-scale properties we observe in our own Universe, reducing their predictive power.

The TNG50 simulation, which has just been published, manages to avoid this trade-off. For the first time, it combines the idea of a large-scale cosmological simulation — a Universe in a box — with the computational resolution of “zoom” simulations, at a level of detail that had previously only been possible for studies of individual galaxies.

In a simulated cube of space that is more than 230 million light-years across, TNG50 can discern physical phenomena that occur on scales one million times smaller, tracing the simultaneous evolution of thousands of galaxies over 13.8 billion years of cosmic history. It does so with more than 20 billion particles representing dark (invisible) matter, stars, cosmic gas, magnetic fields, and supermassive black holes. The calculation itself required 16,000 cores on the Hazel Hen supercomputer in Stuttgart, working together, 24/7, for more than a year — the equivalent of fifteen thousand years on a single processor, making it one of the most demanding astrophysical computations to date.

The first scientific results from TNG50 are published by a team led by Dr Annalisa Pillepich (Max Planck Institute for Astronomy, Heidelberg) and Dr Dylan Nelson (Max Planck Institute for Astrophysics, Garching) and reveal unforeseen physical phenomena. According to Nelson: “Numerical experiments of this kind are particularly successful when you get out more than you put in. In our simulation, we see phenomena that had not been programmed explicitly into the simulation code. These phenomena emerge in a natural fashion, from the complex interplay of the basic physical ingredients of our model universe.”

TNG50 features two prominent examples for this kind of emergent behaviour. The first concerns the formation of “disc” galaxies like our own Milky Way. Using the simulation as a time machine to rewind the evolution of cosmic structure, researchers have seen how the well-ordered, rapidly rotating disc galaxies (which are common in our nearby Universe) emerge from chaotic, disorganised, and highly turbulent clouds of gas at earlier epochs.

As the gas settles down, newborn stars are typically found on more and more circular orbits, eventually forming large spiral galaxies — galactic carousels. Annalisa Pillepich explains: “In practice, TNG50 shows that our own Milky Way galaxy with its thin disc is at the height of galaxy fashion: over the past 10 billion years, at least those galaxies that are still forming new stars have become more and more disc-like, and their chaotic internal motions have decreased considerably. The Universe was much messier when it was just a few billion years old!”

As these galaxies flatten out, researchers found another emergent phenomenon, involving the high-speed outflows and winds of gas flowing out of galaxies. This launched as a result of the explosions of massive stars (supernovae) and activity from supermassive black holes found at the heart of galaxies. Galactic gaseous outflows are initially also chaotic and flow away in all directions, but over time, they begin to become more focused along a path of least resistance.

In the late universe, flows out of galaxies take the form of two cones, emerging in opposite directions — like two ice cream cones placed tip to tip, with the galaxy swirling at the centre. These flows of material slow down as they attempt to leave the gravitational well of the galaxy’s halo of invisible — or dark — matter, and can eventually stall and fall back, forming a galactic fountain of recycled gas. This process redistributes gas from the centre of a galaxy to its outskirts, further accelerating the transformation of the galaxy itself into a thin disc: galactic structure shapes galactic fountains, and vice versa.

The team of scientists creating TNG50 (based at Max-Planck-Institutes in Garching and Heidelberg, Harvard University, MIT, and the Center for Computational Astrophysics (CCA)) will eventually release all simulation data to the astronomy community at large, as well as to the public. This will allow astronomers all over the world to make their own discoveries in the TNG50 universe — and possibly find additional examples of emergent cosmic phenomena, of order emerging from chaos. 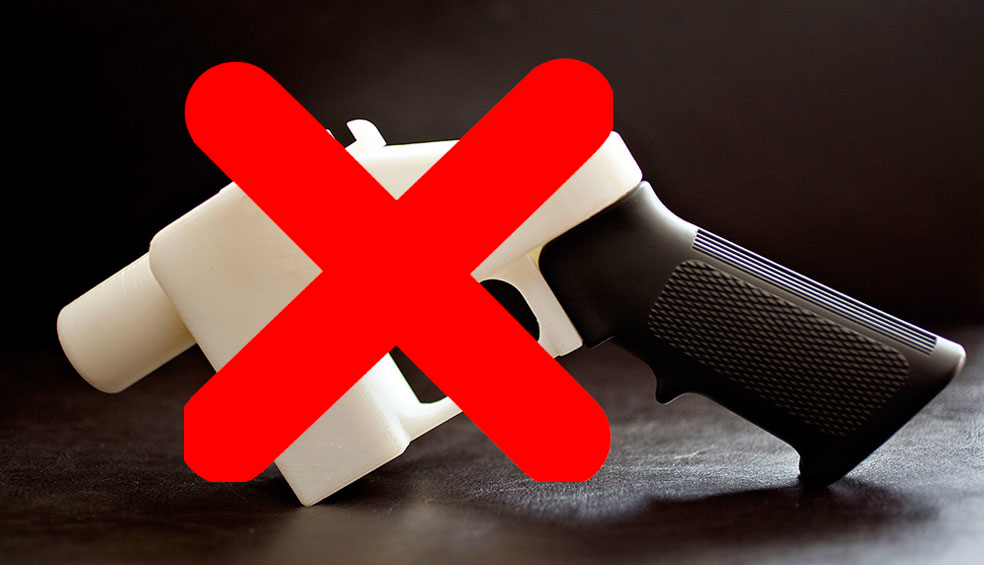 Widespread media coverage of the recent attack on a synagogue in Halle, Germany, reported that the gunman responsible was wielding a 3D printed gun. An incredibly abhorrent attack, taking the lives of two people and injuring others, the claims have not gone unnoticed by the 3D printing industry. As cases of this nature are so […]

Scientists from the University of Groningen (the Netherlands) and the University of Würzburg (Germany) have investigated a simple biomimetic light-harvesting system using advanced spectroscopy combined with a microfluidic platform. The double-walled nanotubes work very efficiently at low light intensities, while they are able to get rid of excess energy at high intensities. These properties are useful in the design of novel materials for the harvesting and transport of photon energy. The results were published in the journal Nature Communications on 10 October.

The remarkable ability of natural photosynthetic complexes to efficiently harness sunlight — even in dark environments — has sparked widespread interest in deciphering their functionality. Understanding energy transport on the nanoscale is key for a range of potential applications in the field of (opto)electronics. The overwhelming complexity of natural photosynthetic systems, consisting of many hierarchically arranged sub-units, led scientists to turn their attention to biomimetic analogs, which are structured like their natural counterparts but can be more easily controlled.

The Optical Condensed Matter Science group and the Theory of Condensed Matter group (both at the Zernike Institute for Advanced Materials, University of Groningen) have joined forces with colleagues from the University of Würzburg (Germany) to gain a comprehensive picture of energy transport in an artificial light-harvesting complex. They used a new spectroscopic lab-on-a-chip approach, which combines advanced time-resolved multidimensional spectroscopy, microfluidics, and extensive theoretical modeling.

The scientists investigated an artificial light-harvesting device, inspired by the multi-walled tubular antenna network of photosynthetic bacteria found in nature. The biomimetic device consists of nanotubes made out of light-harvesting molecules, self-assembled into a double-walled nanotube. ‘However, even this system is rather complex,’ explains Maxim Pshenichnikov, professor of ultrafast spectroscopy at the University of Groningen. His group devised a microfluidic system, in which the outer wall of the tube can be selectively dissolved and, thus, switched off. ‘This is not stable, but in the flow system, it can be studied.’ In this way, the scientists could study both the inner tube and the complete system.

At low light intensity, the system absorbs photons in both walls, creating excitations or excitons. ‘Due to the different sizes of the walls, they absorb photons of different wavelengths,’ Pshenichnikov explains. ‘This increases the efficiency.’ At high light intensity, a large number of photons are absorbed, creating a huge number of excitons. ‘We observed that, when two excitons meet, one of them actually ceases to exist.’ This effect acts as a kind of safety valve, as high numbers of excitons could damage the nanotubes.

Thus, the scientists also demonstrated that the double-walled molecular nanotube is capable of adapting to changing illumination conditions. They mimic the essential functional elements of nature’s design toolbox at low light conditions by acting as highly sensitive antennas but get rid of excess energy at high intensities when there is too much light — a situation that would not normally occur in nature. Both these properties pave the way for better control of the transport of energy through complex molecular materials.

Materials provided by University of Groningen. Note: Content may be edited for style and length. 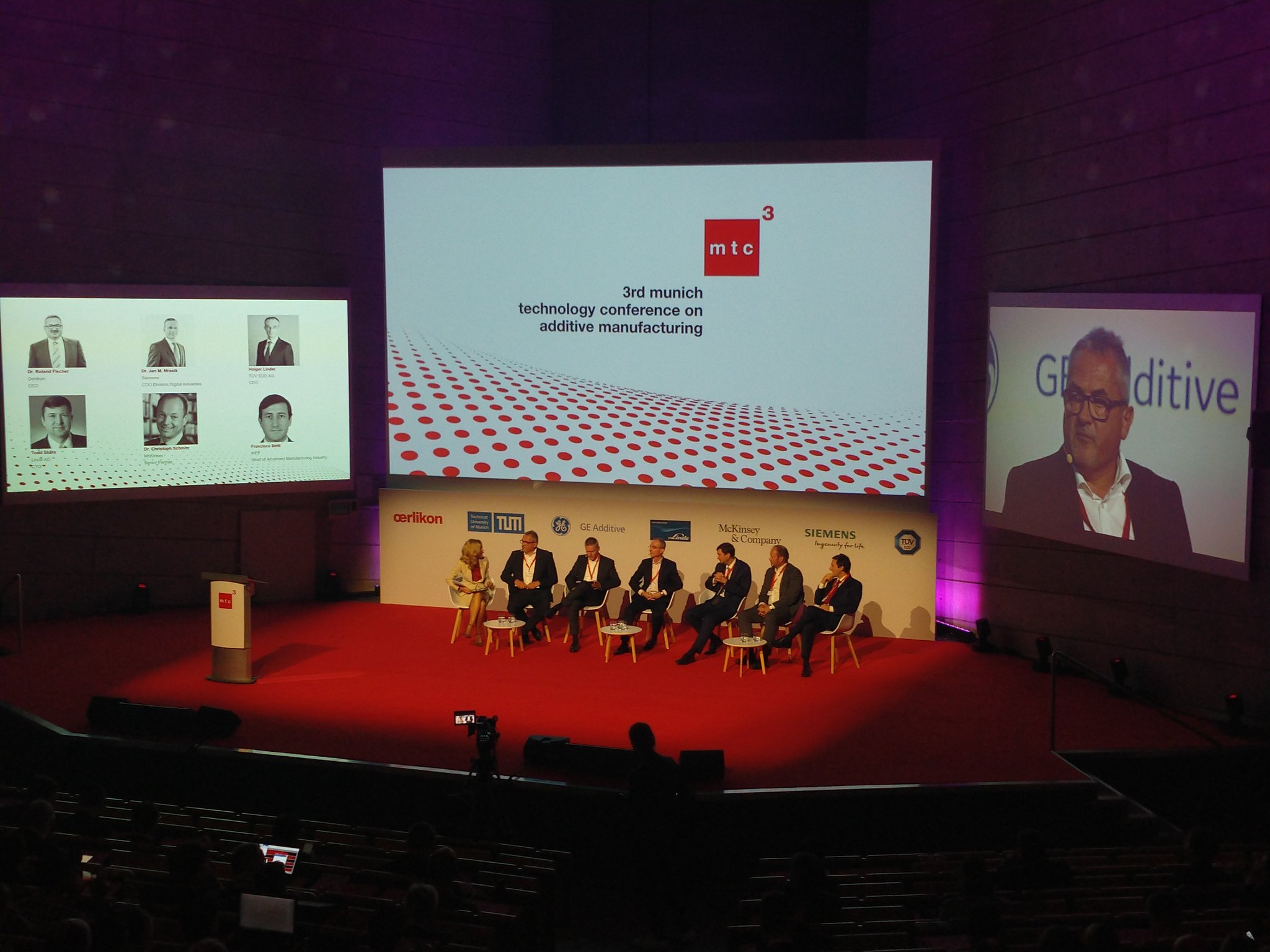 This morning, the Munich Technology Conference (MTC) got underway at TU Munich, Germany with the announcement of plans to create an additive manufacturing cluster. Conference organizers Oerlikon together with MTC host venue, The Technical University of Munich will be joined by GE Additive and Linde to “conduct research on and develop additive manufacturing technology from […] 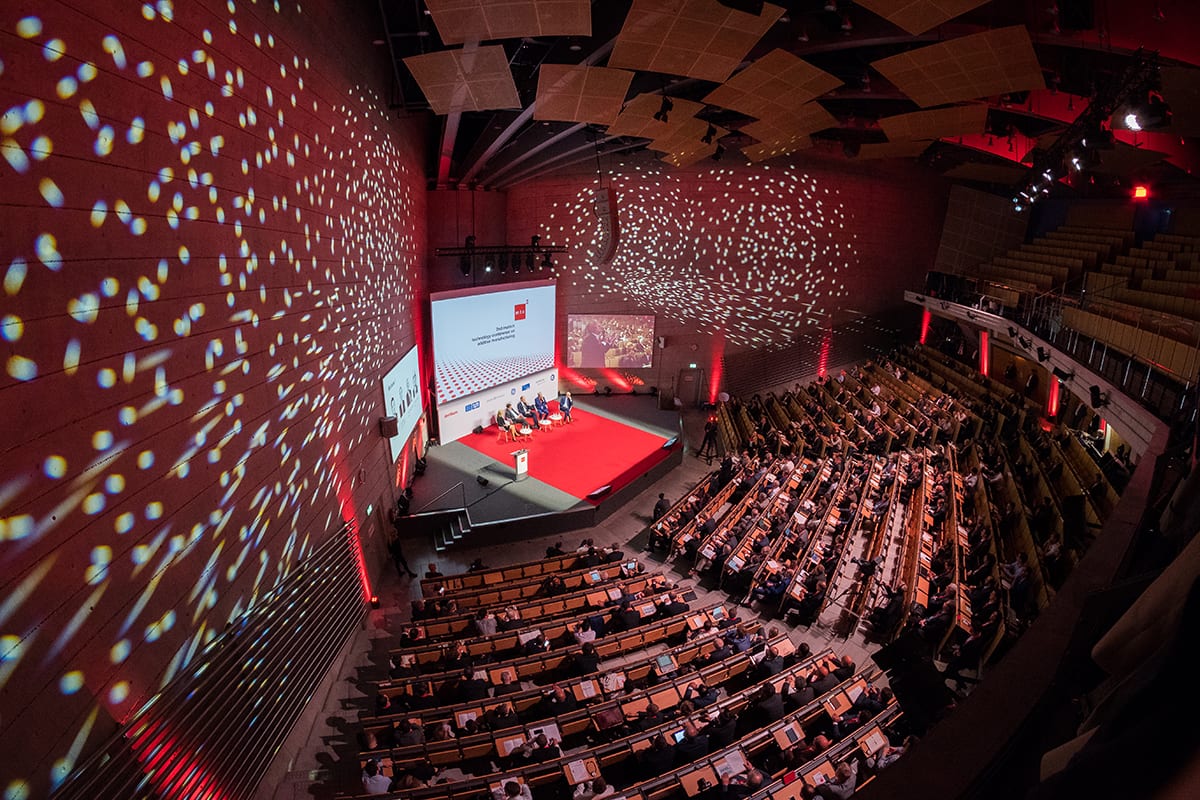 The third annual Munich Technology Conference (MTC3) is returning to Germany from October 8-10th, with the theme “Additive Manufacturing – Accelerating the Industrialization: A Reality Check.” Initiated by the Swiss international technology Group, Oerlikon and co-hosted by the Technical University of Munich (TUM), MTC3 is partnered with GE Additive, Linde, McKinsey & Company, Siemens and […] 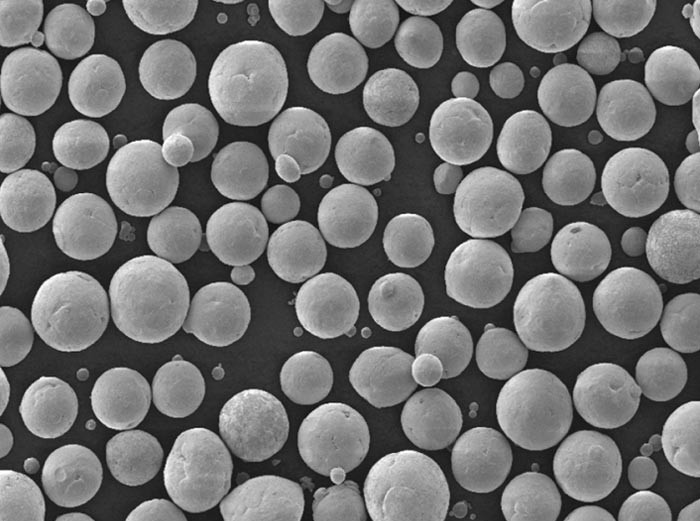 H.C. Starck Tantalum and Niobium, a metal powder manufacturer based in Germany, has announced the launch of a new range of powders developed specifically for metal additive manufacturing processes.  Sold under the brand name AMtrinsic, the new powder selection will consist of  tantalum and niobium metals, as well as their alloys, which offer highly resistant […]